i'm definitely in a better mood then i was when i wrote this post.
generally i don't get that offended by some of the ridiculous things that people say, but honestly by the 3rd comment that day i couldn't take it any more.
it was a good thing that the day was almost over because i don't think i could have handled much more without being insanely rude back.
anyway, after a productive and relaxing weekend i'm feeling much better.
charlie and i bought our stroller, something that i've been putting off because it's so darn expensive.
we ended up getting the Bob Revolution SE at REI  i feel like we pretty much meet the definition of yuppies just by toting our kid around in that stroller.  we went to boulder that afternoon to walk around and the Bob count was up to 7, just on Pearl Street Mall alone.  anyway, we picked it because it's a jogging stroller and everyday stroller in one and we can use it from the day we come home.  i'm sure charlie will be interested to test it out in the snow.  also, by buying it at REI we'll use the dividends from the stroller to get a backpack in the spring.  (all charlie's idea).
i was a little worried that henry would be scared of the stroller since he's scared of bikes and rollerblades (no idea why).  i figured maybe it was all moving things with wheels, but he couldn't care less, which is good because i plan to do lots of walking with the dogs. 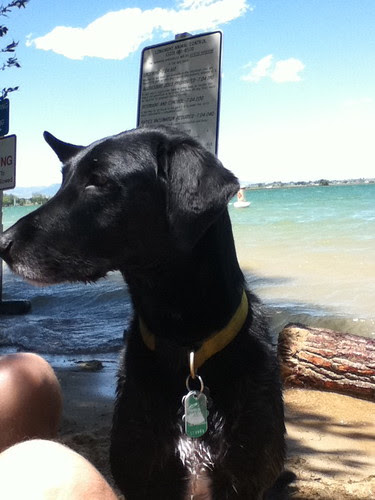 this was henry swimming at union reservoir.
i love that his ears are blowing in the wind.
Posted by Danielle at 11:33 AM 3 comments: 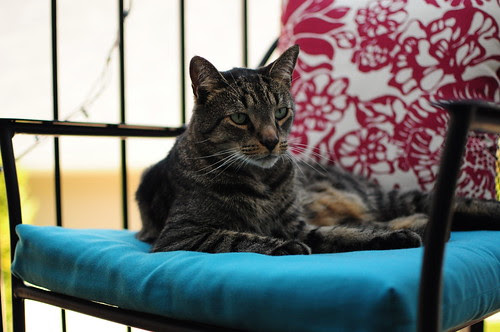 things not to say to a pregnant woman 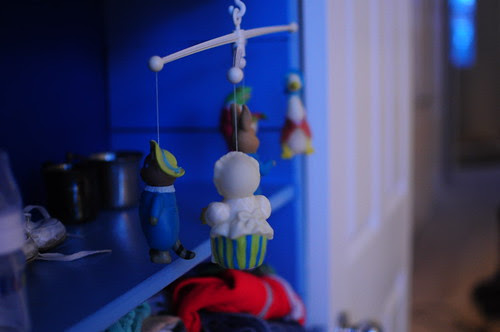 ...  "how much weight have you gained?"
um, totally in appropriate.  it's even more inappropriate to say, "wow, that much?!" if i am dumb enough to tell you.
...  "you can't be drinking coffee when you're having a baby/you're going to kill your baby by drinking coffee."
first of all it's decaf, second of all pregnant women are allowed to drink coffee, and third of all it's none of your damn business.
...  "when my wife had her baby i had to leave the room because i got tired".
wow, you sound like a stand up guy.  you got tired sitting around and left your wife who was actually birthing a child.
...  "can you come and get me when the baby moves so i can feel it?".
absolutely not.
...  "hey there, preggers".
fuck off.
...  "wow, you're getting big".
yes i am.  there is a human growing inside of me.
....  "you can't eat cheese".
are you a medical professional? no?  then i'm not interested in hearing your opinion.
...   "i heard on the news last night that the breastmilk bank is running low.  you should donate some."
actually, i'm not lactating.  thanks for asking.
...  "are you going to breastfeed?  because you should, it's better for the baby".
again, thanks Dr. Sears.  when i decide to involve you in how i raise my child i'll let you know.
* side note:  these were all things that were said to me by either complete strangers or people i am not at all close with.  obviously if they were made by friends/family members they would not necessarily be inappropriate.
Posted by Danielle at 2:18 PM 2 comments:

so aside from the usual:  work has been crazy, i've been napping, it's crazy hot outside right now, i'm getting fatter every day, there hasn't been a lot else going on.
i went home 2 weeks ago for our baby shower and it was so nice to see family and friends.  my mom and my sister put a ton of effort into making food and banners and wrapping presents, which was really nice but mostly it was just nice to hang out.  the weekend flew by way too fast, and i was more than a little sad to leave on sunday.
we were very lucky and received tons of gifts from people, which i've been trying to find places for in our house. the baby's room is where we've been storing everything so far because it just doesn't make sense to clutter our whole house with things 15 weeks before the baby's due.  we've also been trying to slowly get all of the other things that we'll need before the baby comes.  the biggest items that we still need are a stroller, a rocking chair, and a breast pump, both of which are expensive.  we also still need lots of clothes, but i'm waiting for stores to shift to fall/winter clothes before we get those.
last weekend we hung the curtains in the room, and i'm not completely crazy about them yet, but they keep growing on me.  we also hung some pictures, we're doing a gallery wall above the dresser/changing table, although i still have to fill the frames.
here are the curtains. i was using a 50 mm lens so i could only zoom out so far.  i'll have to take a bigger shot of the whole room once we clear some things out of it. 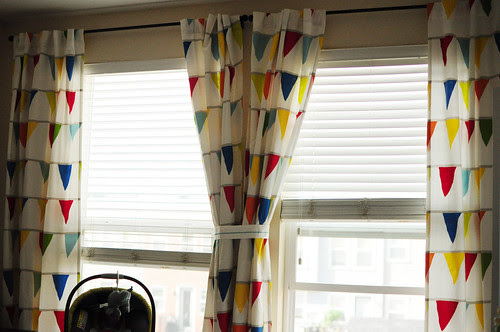 we were supposed to go camping this weekend but changed plans when we found out that we couldn't leave until saturday for a first-come first-serve campsite that's 3 hours away from everything.  originally, we thought we would stay the night in either glenwood springs or steamboat springs if we couldn't get a campsite but the lake we were planning on camping at is over 3 hours away from either town.  i'm hoping to plan a weekend away in september just because it'd be nice to get away with charlie one more time before the baby comes.
ever since i saw the movie julie and julia i've been wanting to make the bruschetta that they ate in the movie.  i just used tomatoes we had around the house, but we did fry the bread like she did in the movie and it was delicious.  it's definitely not a whole meal but it makes a great appetizer even though it's pretty messy. 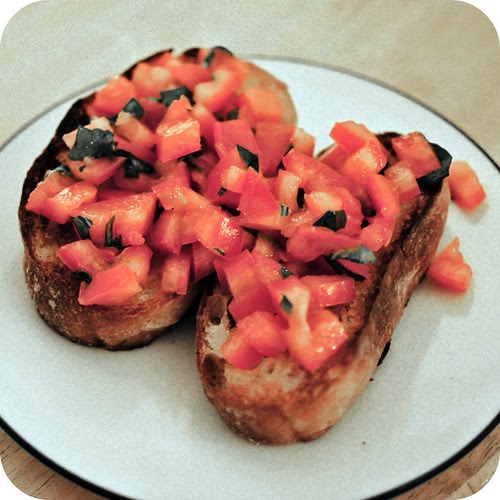 i've been walking the dogs later at night, as in right before it gets dark, because it's been so hot.  if i tried to take them walking when i got off of work i'd only make it a block or too.  honestly, as much as i'm wishing the weather would cool off just a bit, i'm really going to miss flip flops, late night walks, green grass, eating outside, and long days.  henry has been generally unimpressed with all of the 'getting ready for the baby' stuff that's been going on.  he just wants massive amounts of attention, long walks, and a few rabbits to chase. 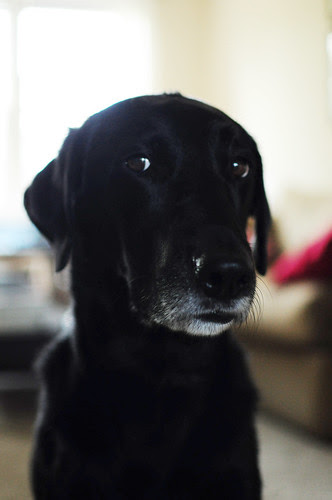 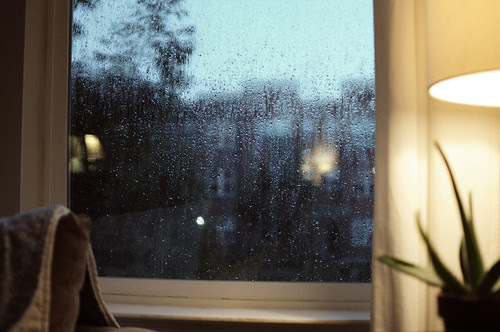 things are far from being close to finished but i've been working hard on cleaning things out and getting things together so here's what we have so far.
a new dresser for our bedroom: 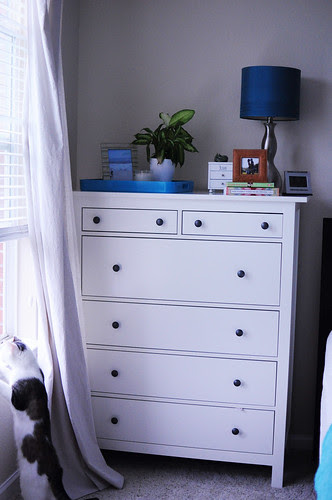 ps. how cute is ollie in this picture?
we moved our older dresser into the baby's room for a few reasons:
1.  it's the perfect height for a dresser/changing table
2.  i wanted room in our bedroom for a pack n play/cosleeper if we decide to share our room with the baby for a bit.  (i'm still not 100% sure about this one, but we'll figure it out once we bring the baby home and can find what works for us)
here's what the old dresser looked like.  so happy to have those windows back! 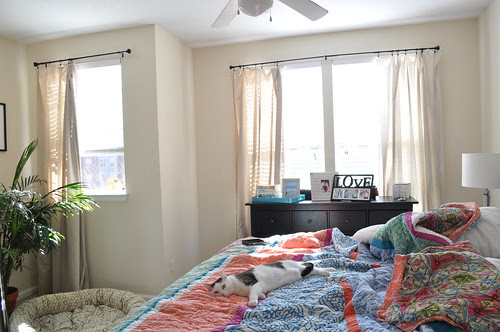 we have a crib and it's all set up. 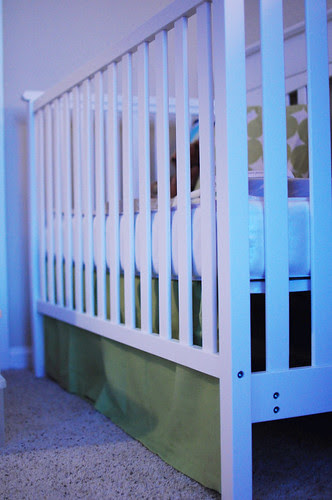 that skirt is not yet really a skirt but eventually it will be.
we have a baby money tree.
charlie and i got one of these when we first moved in together.  it's now huge.  i'm hoping we can figure out how to keep this tree from falling over like the last one. 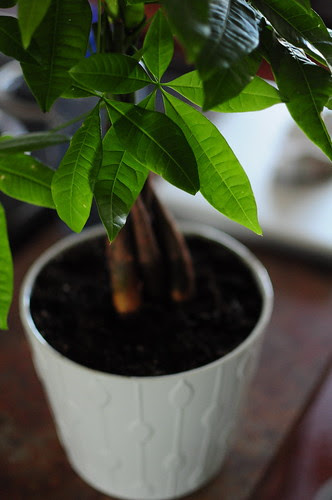 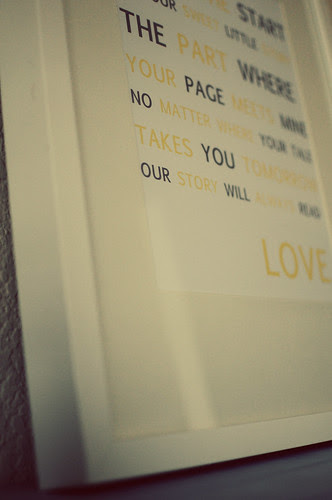 i found this on pinterest and could not find the source anywhere despite a lot of googling.
i'm not sure exactly where we're going to put it, but i like it.
Posted by Danielle at 3:27 PM 1 comment:

i cannot believe that it's august.  i love august, because it's hot and sticky.  but it makes me sad that it's now completely dark by 8:30 pm.  although considering the fact that i've been going to bed earlier and earlier each night i should appreciate this.  i know august is going to be just as busy as july.  between plans we already have, being gone for a weekend, and trying to get our house back in order things it's going to go by fast.

last weekend pretty much consisted of furniture moving, shopping, assembling, and lots of cleaning.  we did actually make it to ikea.  i'm now convinced that one store employs half the state of colorado.  it was totally packed, which charlie wasn't happy about.  luckily, i had about 4 items that we were there for so we were able to move in and out of the crowds pretty easily. 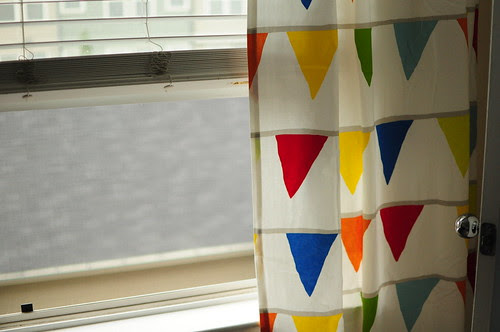 we have curtains for the baby's room.  these weren't my first choice but they're definitely growing on me and they go pretty well with the rest of the stuff in the room.

in other news, the baby is doing well. we had our 20 week appointment, complete with ultrasound where we did not find out if the kid is a boy or girl, dude or dudette.  this wasn't even a little difficult for me, but i know it was hard for charlie.  and i had a lot of people telling me that i'd change my mind and find out.  sorry, suckers.  didn't happen.  charlie thinks it's a girl.  i think it's a boy.  we have no names for either gender.  although since abby's introduced me to nameberry i've been completely addicted.
Posted by Danielle at 5:27 PM No comments: 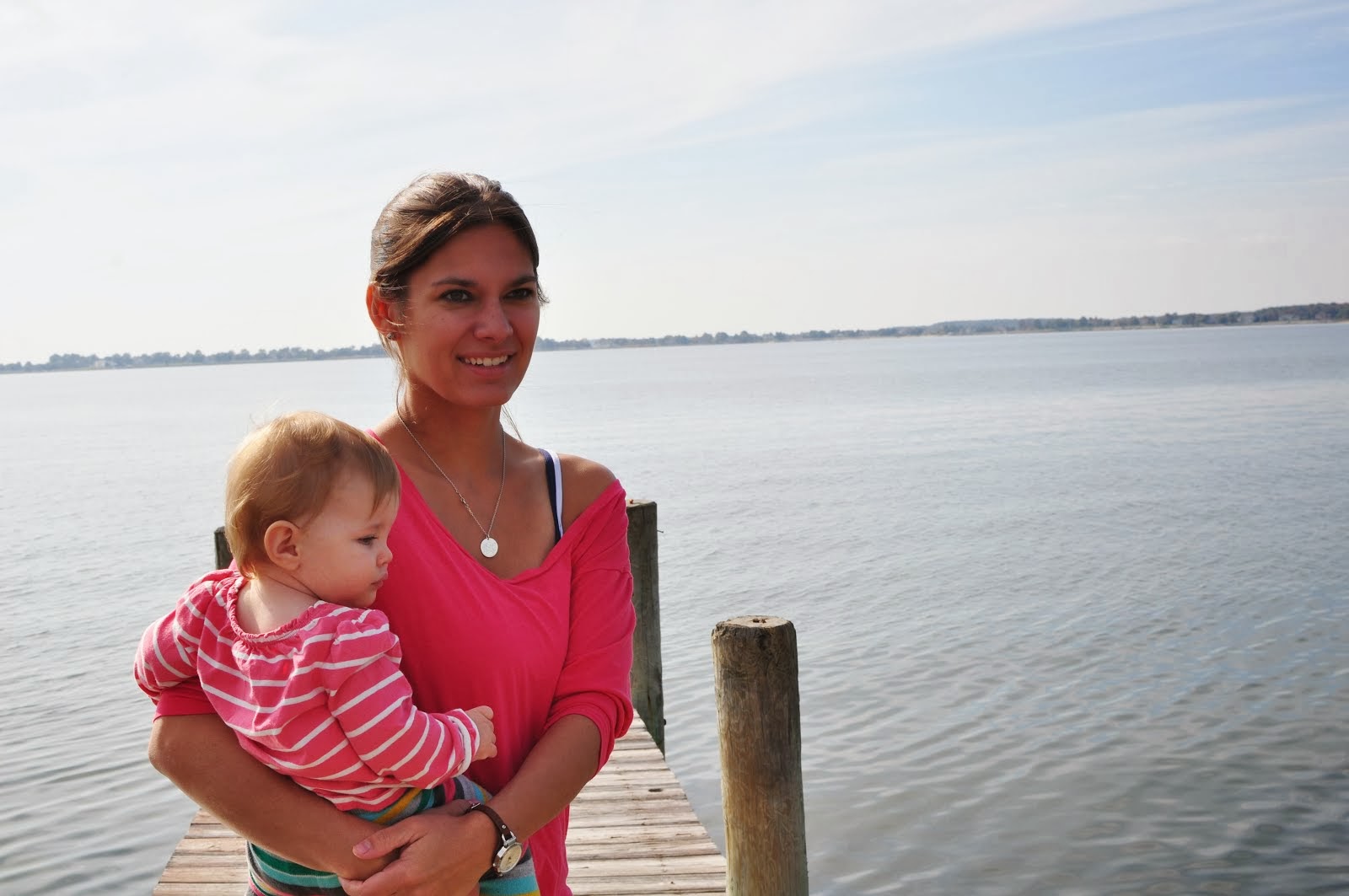 wife to charlie. mama to two girls (and another on the way). living a small, happy life with my crew. 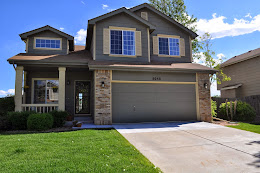 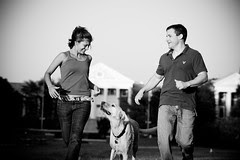 {Be the person your dog thinks you are.}